Let's salute Al Bernardin. His death from a stroke at 81 reminds us that he invented McDonald's Quarter Pounder, Filet-O-Fish and is credited with discovery of their Frozen French Fries. But, there's more to his story...and mine. 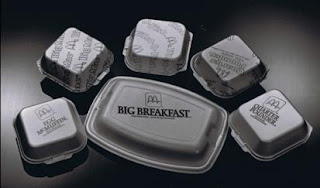 My bio discloses designing tooling for McDonald's containers- including sandwiches and their breakfast program.

Before environmentalists noticed littering of "foam" containers - our design firm, tool shops, manufacturers, packers and distributors enjoyed the fruits of Al Bernardin's imagination. Today those benefits belong to the pulp people - who supply bags, boxes and tissues to continue the trend. Regardless, many folks still owe their income to the ingenuity of Al Bernardin. He remains a great example of a successful inventor who influenced our lives.

Truth is - the scope of this inventor's influence stretches far beyond ones taste, touch and immediate satisfaction of a sandwich and fries. He sent ripples around the world. 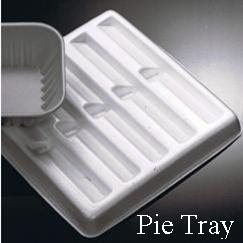 Al Bernardin is also credited with bringing the hot apple and cherry pie desserts to McDonald's. We designed tooling for a tiered tray to stack the frozen (Bama Pie) desserts for delivery to Golden Arches. Then they tanned beneath special heat lamps timed for toasting before serving.

Just ponder all the people connected to this simple dessert idea. Yup, the tray tool guy! But, also add tray packers, delivery, advertising, heating stations, display racks, and all else related to the incidental addition of those tasty pies. It's evident that even Al's simple dessert had an impressive impact reaching beyond consumer (end user) benefit. Other great ideas do the same. Inventors dream about it!

We salute Al Bernardin for the flavor and success of his fries, burgers and such. Likewise, lets acknowledge his contribution to subsequent business, industry and economic growth. Think of all that related stuff - the people, the investments, the jobs and opportunities. Yes, we still measure inventions by their ripples.
Al Bernardin deserves another salute!
Posted by Tom Kershaw - Inventor In Paradise at 12:45 PM